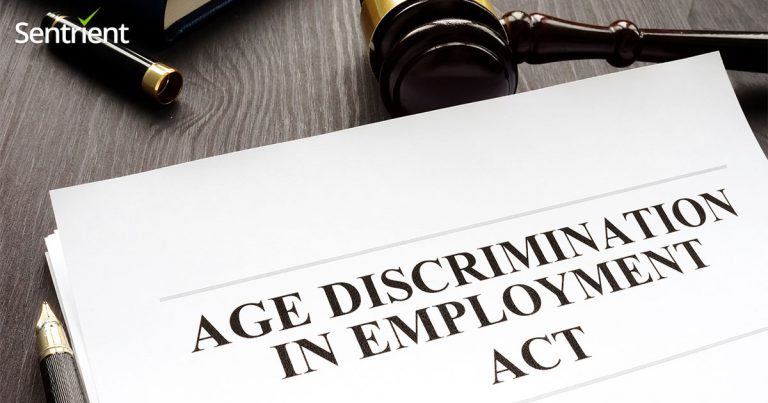 When it comes to Equal Employment Opportunity there are many personal attributes that are protected by various laws. These laws are designed to ensure that we do not suffer discrimination, harassment, adverse action or victimisation as a result of any of our protected attributes, with some common examples below.

This article takes a closer look at age as a personal attribute protected by law and that it is unlawful to treat someone unfairly or with disrespect because of their age. When we think about age, we tend to think about older people, when in fact, age includes younger people as well as older people. Let’s look at two examples, one for an older person and one for a younger person.

Example of unlawful conduct to an older person

Louise, a 47-year-old, applies for a job as a manager in a start-up online retailer, who employs about 50 people, ranging from 22 years old to 36 years old. Louise was successful in getting an interview after demonstrating a good fit for the role on paper.

On the day of the interview, the interviewer started to ask age based questions in a less than professional manner, asking specifics about Louise’s age and suggesting that her team would be more than ten years younger than her. The interviewer also made some comments about how the world had changed quite a bit since Louise was involved in retail. At the end of the interview, they thanked Louise and told her she was unsuitable for the role because she wouldn’t fit in with the young and dynamic nature of the workforce.

Discrimination can happen at different points in the employment relationship including during the recruitment and selection of staff. This is an example of direct discrimination and unlawful conduct to an older person because Louise has not been selected for the job on the grounds that she would not fit in with a younger workforce.

Example of unlawful conduct to a younger person

Tim, a 27-year old graduate has been working with a consulting firm for nearly three years. Over that time Tim has been repeatedly asked to go to the cafeteria downstairs to fetch coffees and snacks for the team at the start of each daily huddle. He’d just thought it was because he was the least senior person in the team, but it had always troubled him.

Tim had recently been given team leader responsibility, for a couple of staff, both of whom were slightly older. As the continued request to fetch coffees continued, he approached his boss about why he continued to be singled out for the activity. Tim’s boss commented that fetching coffees was a young person’s job and that until such time a younger member joined the team that Tim had best suck it up.

What does this mean?

In the scenarios outlined in this article, not only is it unprofessional, inappropriate, and unkind, it is against the law and exposes a business to claims for legal liability that can lead to costly legal proceedings, irreparable reputational damage and destruction of shareholder value. That is before we start to consider the even more damaging issues such as the health and wellbeing of the individual exposed to such behaviours along with the decreased engagement and loss of trust to others who also experience what has happened. This includes people who experience such incidents first-hand, by word of mouth or what is becoming more common these days, people who resort to social media to expose such behaviours.

Fortunately, most businesses do not think this way and therefore do not act this way. However, there are times that even good businesses can get caught out due to a rogue employee, or that one person who acts unlawfully. It happens, far more regularly than we would like to think and is a great cause for damage and the decline of trust within an organisation.

Why is compliance education important?

Compliance education written in partnership with credible law firms, such as the Sentrient online course for an equal employment opportunity is essential in today’s workplace and are best delivered at the time of induction and onboarding, followed by regular training thereafter. It is best to deliver training, accompanied by your organisation’s equal employment opportunity policy to demonstrate that you have taken all reasonable steps. It allows everyone up to understand what it means to treat people fairly and with respect, irrespective of their personal attributes.

Where to go for help?

Organisations such as Sentrient deliver legally endorsed online programs either through the Sentrient online workplace compliance system or by licensing content for an organisation to deploy through an existing online system such as a Learning Management System (LMS) or Human Resource Information System (HRIS) they may already have in place. Topics include equal employment opportunity and a broader suite of online compliance modules such as work health and safety, privacy, sexual harassment, workplace bullying, and appropriate use of the internet and social media. This forms part of an induction and onboarding program as mandatory training for the team.

For more information please contact Sentrient on 1300 040 589 or visit https://www.sentrient.com.au.