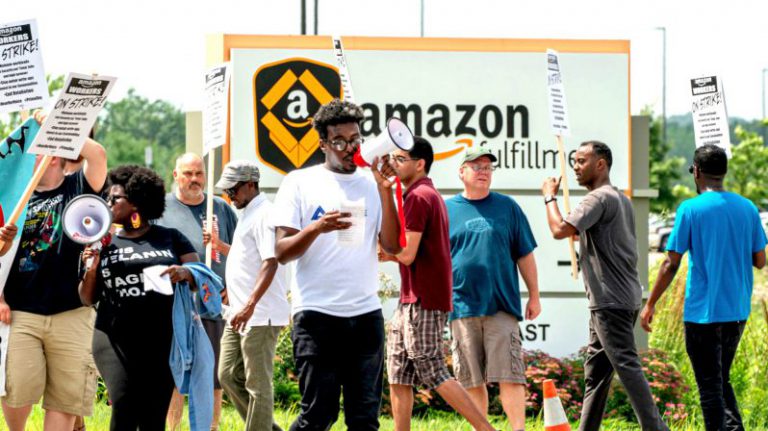 If you do not work enough, like 200 to 400 units an hour, you would get written up for the week, and if you get so many write-ups, you lose your job.–Workers at Amazon’s Minnesota Facility

Did you know that Amazon Prime Day Sale has been estimated to bring approximately $5.8B in sales? Furthermore, this astounding number does not include estimated revenue from the Prime membership subscriptions during the course of the event.

During this worldwide mega sale event, the consumer bought more than 175 million items on Amazon over two days. According to Amazon, this outperformed last year’s Black Friday and Cyber Monday total combined and shattering all the previous Amazon sales records.

CEO Jeff Bezos in a statement said …(members) received tens of millions of dollars in savings by shopping from Whole Foods Market and bought more than $2 billion of products from independent small and medium-sized businesses. A huge thank you to Amazonians everywhere who made this day possible for customers. 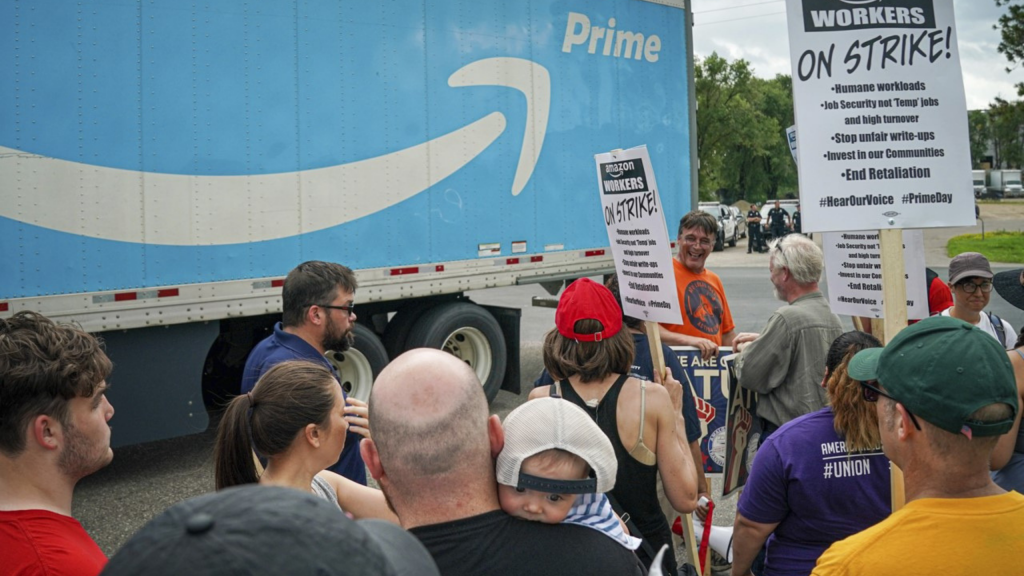 While the customers were getting unimaginable discounts and Amazon was stacking greens, employees of Amazon across the world went on strike demanding better Work Health and Safety practises and fairer wages.

The strike was part of an ongoing effort by staff to pressure the company on issues including job safety, equal opportunity in the workplace, and action on global issues such as climate change, according to Awood Center.

Employees of the trillion-dollar company went on strike in Germany, the US and France. About 20 workers tried to block trucks coming to and from the distribution centre in the northern French city of Lauwin-Planque on Monday disrupting deliveries while demanding better pay and work health and safety practises.

Khaled Bouchajra, a CGT union representative in an interview with FRANCE 24 said that even though workers and unions are showing resistance to the sales operation this week, they have been calling out the management for a long time about the lack of safe practices and an unfair workplace.

Bouchajra stating the employees’ plight on Work Health and Safety issues stated, We’re demanding better wages but most of all, we want better working conditions…

If we make a single mistake, our hierarchy automatically sends us letters and calls meetings that could lead to dismissals, Boucharja told FRANCE 24.

Union leaders also criticised temporary bans on paid leave. According to them, Amazon forbade workers from taking paid leaves during the three weeks around Prime Day.

There are more and more colleagues who get sick and Amazon’s been sending people over to their homes to check if they really are sick and to minimise their time away due to illness, Bouchajra said.

Work Health and Safety Issue #6: Unrealistic deadlines being imposed in an unreasonable manner

We’re humans, not robots was painted on waving signs by employees in Minnesota, they also tried to block trucks from coming in and out of distribution centres according to CNN. 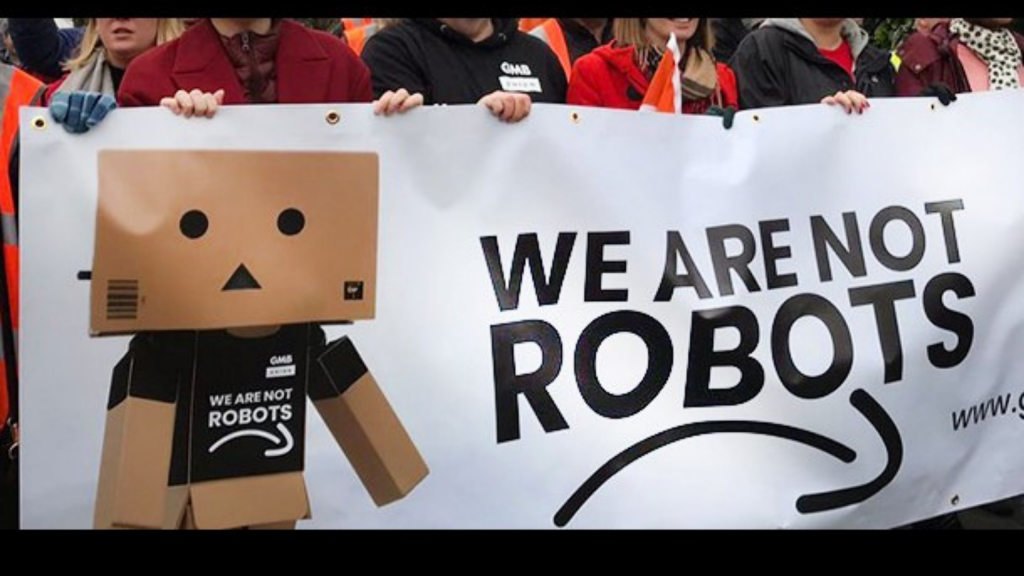 The workers said they had to deal with one unit every 8 seconds, for 10 hours to meet the flooding demand, of the Prime Day Sale and its one-day delivery feature. 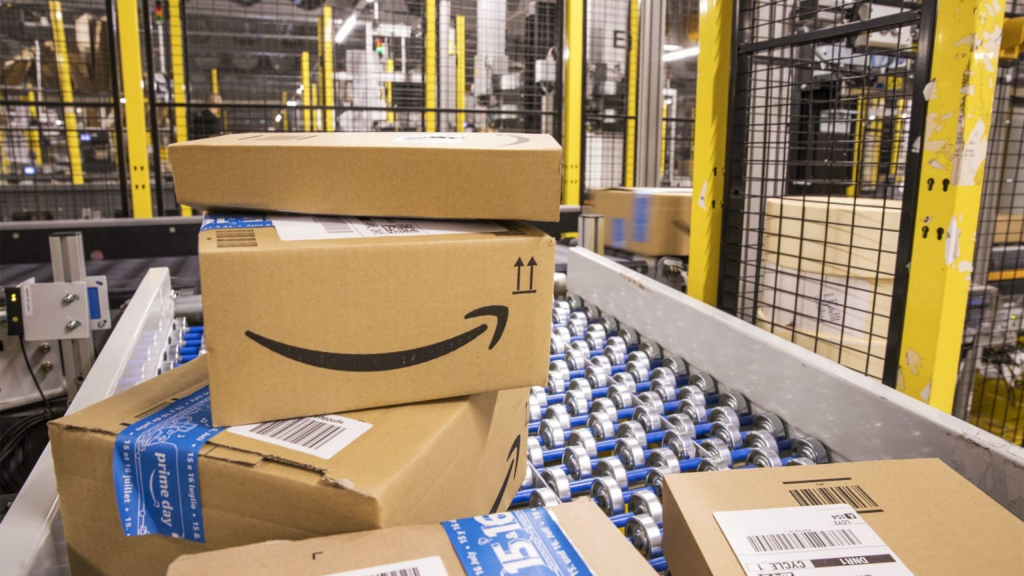 Khaled Bouchajra added that absenteeism is a growing problem at Amazon due to poor work health and safety procedures, putting even more pressure on the shoulders of other workers.

Complaints on health and safety at the workplace, equal employment opportunity, is not limited to any geography, employees erupted during the Prime Day Sale from across the globe. 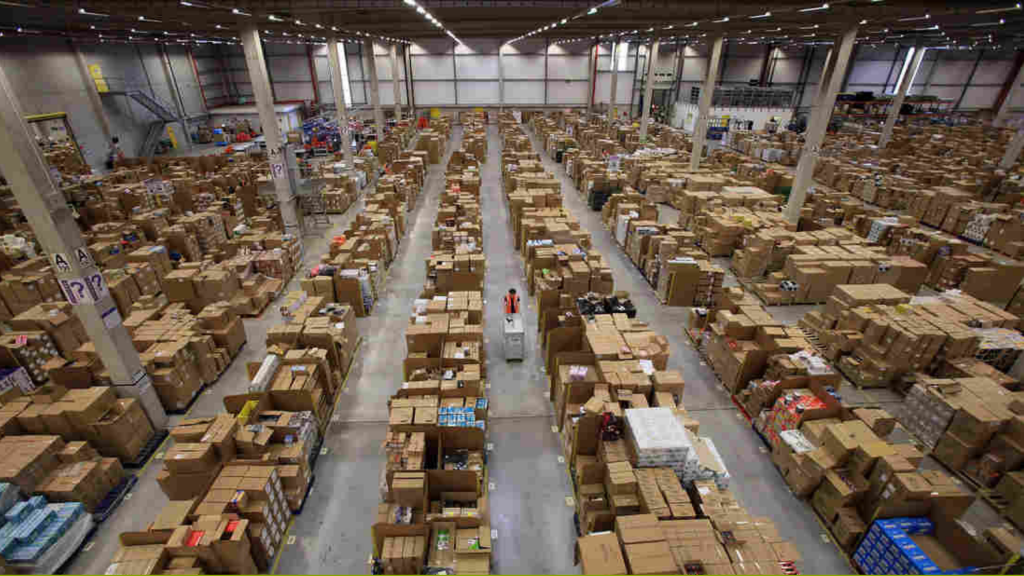 According to BBC.com, 2000 workers from Amazon warehouses walked out on 15th July 2019. Outside of continental Europe, protests were also planned at seven Amazon sites in the UK. GMB, the union for Amazon workers in the UK, claims some of their members “they have to use plastic bottles to urinate in instead of going to the toilet” and that “pregnant women have been forced to stand for hours on end”. To which the company officials said that the accusations are simply not true.

Amazon has been facing growing outrage over its labour practices since 2018. Around 50 strikes were organised in Europe, some timed and coordinated across several countries in a show of cross-border solidarity.

The company posted record profits of 3.2 billion in the first quarter of 2019 alone. But Amazon has rejected trade union demands for better salaries and dismissed proposals to strike a collective agreement on wages and work conditions.

We at Sentrient have held the quote of Sir Richard Branson — Clients do not come first. Employees come first. If you take care of your employees, they will take care of the clients from the foundational days of our company.

Creating a healthy workspace for your employees is a basic human right and it is also your legal duty. To know more about how to make your workplace a safer, fairer and more respectful place to come to work each day and to meet your legal obligations for workplace compliance please click here or call us on 1300 040 589 or mail us on info@sentrinet.com.