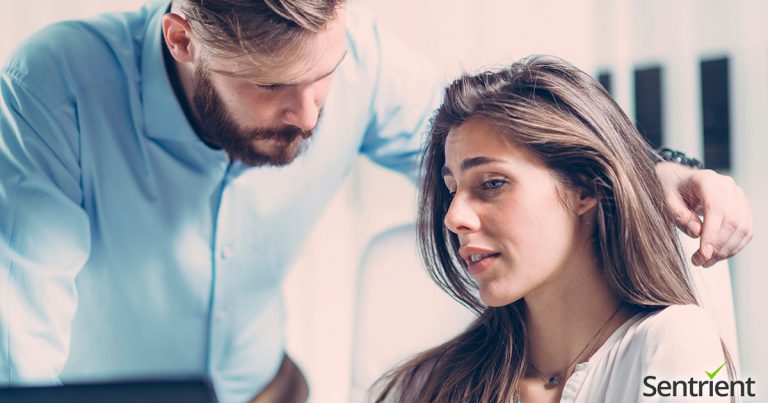 Hard to identify examples of sexual harassment in the workplace: The uncomfortable work meeting

As a result of the #MeToo movement, many of the worlds largest organisations have had a complete overhaul of their workplace policies for matters such as code of conduct and appropriate workplace behaviour for things like bullying, harassment and discrimination.

One of the most recognised names in entertainment, Netflix provided a good example of the tightening of policies around appropriate behaviour at work. After the Scandal of Kevin Spacey, the protagonist of Netflix’s superhit show, The House of Cards, the company tightened its workplace policies. According to the new Netflix policies, employees are not allowed to flirt, ask for personal contact details, nor are they allowed to look at one another for more than five seconds. This has sparked much attention including criticism from many who believe that Netflix has pushed the point a little too far.

Another example that has been widely talked about are organisations that have mandated that no two employees can do a meeting alone with the door closed. This is an attempt of reducing hard to identify the situation of sexual harassment in the workplace, which is the basis of this article

Consider this scenario where a Team Leader, Stephen, calls a new employee, Rebecca into a meeting.

Stephen sends a message to Rebecca: Hey, we need to talk about the project we are working on. Meet me in the conference room at 10?

Rebecca: Oh alright, do you want me to ask the rest of the team members as well?

Stephen: No, they’re good. I only need to talk to you.

Rebecca walks into the conference room and the lights are unusually dim. Stephen sneaks in behind her, shutting the door after him. He asks her to take a seat and settles himself on the edge of the round table, a little closer than would be normal.

Stephen: You know we appreciate your contributions as part of this project. Your enthusiasm, your can-do attitude is just what we need. But lately, I get a sense you are not quite yourself.

Stephen: Tell me, is there anything wrong?

Rebecca: No, there’s nothing wrong. I’ll try to be more careful not to give that impression from now on, I guess.

Stephen: That’s good. But why do I feel that you are hiding something from me?

I’ve heard you’re having some problems with your boyfriend?

Rebecca: Um, no.. and why would you ask that?

Stephen: It’s my job. Does he treat you well?

Stephen: Does he not meet your needs?

Rebecca: What do you mean?

Rebecca (uncomfortably): I really don’t like where we are going with this. Is there anything about the project you want to discuss?

Stephen: Is this room making you uncomfortable? How about we meet for coffee after lunch, and we will talk about your problems in more detail.

Rebecca (alright, I’ll see): So, shall I leave?

Stephen: Sure, you can.

Rebecca gets up to leave, and just as she is about to open the door, Stephen gets in the way and prevents her from being able to exit. Uncomfortably close, he whispers.

Stephen: You can always fall back on me.

She took some time to gather herself, then decided to talk to a colleague about what had happened…

Rebecca’s colleague (sensing the agitation and nervousness of I): Have a seat, here’s some water, you called me urgently, what’s wrong?

Rebecca: Our Team Leader, the creepy guy I complained to you about who often gawks at me, and visits my desk as much as he can, even though he could have simply emailed me. He crossed some boundaries today, but it is difficult for me to tell you exactly what he did.

Rebecca: I felt violated sexually to be really honest. But, he didn’t touch me or even make any direct sexual references. It just feels weird.

Rebecca’s colleague: Alright, don’t worry, just talk to me about what happened.

Rebecca narrates the incident to her colleague

Rebecca’s colleague: Stephen has behaved inappropriately, in fact, I think he is totally out of line. This is a very serious situation and we need to let one of the Directors know about this, or the HR team, whoever you feel most comfortable to approach.

Unfortunately, guys like Stephen get away with this type of behaviour because many people do not report it. I’ve heard others that have experienced the same behaviour from Stephen and they have not reported it. It then gets progressively worse.

I’ll support you in the process of reporting this incident and I suggest that you keep a distance from Stephen until we have done so.

Here are some of the things that Stephen did, that is inappropriate behaviour in the workplace:

For example, asking if Rebecca’s boyfriend meets her physical needs?

Obstructing the door and whispering creepily into your ear with a suggestion that you can fall back on him. Rebecca’s colleague went on to explain to Rebecca that there are policies in place that talk to the code of conduct and appropriate behaviour in the workplace. In those policies, it explained that if an employee feels that they have been treated inappropriately, they should record what has happened and either talk to the person if they feel comfortable to do so or report it to another senior manager or the HR team. In this example, Rebecca was not comfortable talking to her manager about the incident because she had tried to do so previously with no success. For that reason, Rebecca was encouraged by her colleague to report the incident to HR as a starting point and confirmed to Rebecca that she would be supported through the process.

This hard to identify an example of sexual harassment in the workplace is a good example of why education is so important. Conversations like the one that Rebecca had with her colleague is an example of the type of support we need to give each other at work when confronted with inappropriate behaviour. This is why organisations invest in education and training around appropriate behaviour as well as having clear policies in place as to what to do if things go wrong.

Sentrient is the #1 online workplace compliance system for Australian businesses. It comes with online training that deals with appropriate behaviour at work and allows an organisation to assign their policies as a way of making sure that everyone is aware of the difference between right and wrong and that inappropriate behaviour such as sexual harassment, workplace bullying and discrimination will not be tolerated at work for more information about the Sentrient workplace compliance online courses and click here. Or reach out to us on info@sentrient.com.au or on 1300 040 589.